Before to start trading, a trader should choose his/her working timeframe. Charts with this time period will be main, and the basic analysis of the market situation and trade will be made based on them. A choice of a working timeframe depends on your psychological type and the amount of free time that you can spend on sitting in front of the monitor. The smaller the TF, the faster you need to respond to market changes, the more often you have to open and close orders. Accordingly, you will spend likely a lot of time at your computer. The level of your stress resistance must be high enough to cope with the psychological stress the cause of which is frequent changes in the size of the deposit. Long period of time, starting from daily charts and ending monthly charts, turn trading in investment. You will look at the trading terminal once a day or even less often. The opening of orders also does not often happen. Psychological pressure caused by such trading is minimal. However, in order to trade in large time frames, it is desirable to have a large sized deposit, and the novice trader unlikely has it.

Whatever it was, if you are new to trading, most of all, your will choose small timeframes, up to minute. The reason is a huge desire to trade. And it’s not that many entry signals appears at this periods of time. It’s just that quotes so vividly jump in the minute chart… Sounds silly, yes? But this movement miraculously fascinates somehow and it is impossible to refrain from the opening of an order. I succumbed myself to this temptation in the beginning of my career, and this has not led to nothing good. So my advice to you: never trade at periods of less than M15. I, for one, have two working timeframes: H1 and H4. Sometimes I have to fall to the M15, but this is only to clarify the levels or other little things, but not for analysis or trade. Choosing the right working period is not a fast process. You’ll have to work with some TFs in order to understand what is best for you and your trading methods.

Well! You traded a bit and decided on your main timeframe. Let it be H1. It will be enough to start successful trading. However, to avoid some of the errors and increase the percentage of profitable trades, it is necessary to analyze at least two periods. In addition to the working TF, you need to look also at larger or highest timeframe. Why is this done?

Imagine that you are lost in the woods. You are surrounded by nothing but trees. How to get out of it? You can, of course, constantly go straight, but as practice shows, people in such situations just go in circles. Now, if you had a picture of the forest with a bird’s-eye view that clearly shows the road and nearby villages, then it would be a lot easier to get from this emergency situation. A highest timeframe is that picture. To analyze only the working TF is also a good idea, but without seeing the overall picture of the market in longer period, you can do anything stupid.

How to choose a higher TF for a working period?

It is difficult to give a definite answer for this question. Some traders apply a coefficient of 5 (approximately), that is, multiply the working period length by 5 to give the higher timeframe: for H1 it will be H4, for M5 – M30, for D1 – W1. However, I believe that the 5 is a minimum ratio. I use the period D1 as higher for 1-hour chart, and D1 and W1 for the four-hour chart.

1. In the higher timeframe, you can see what is not visible on the working. This mainly concerns the levels of support and resistance. Here’s an example: 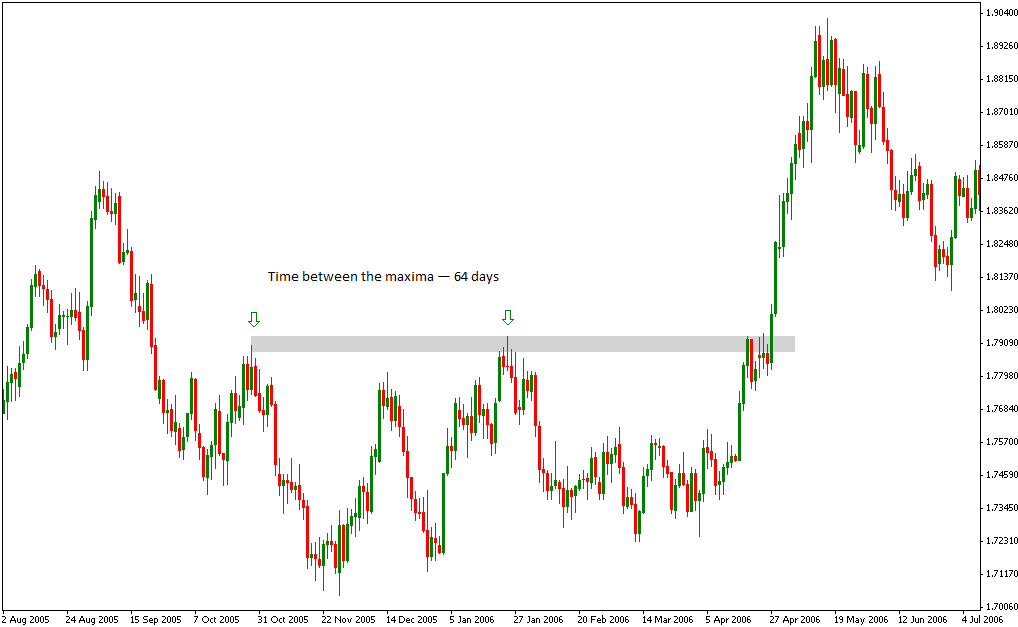 The distance between the two peaks is 64 candlesticks, that is 64 days. In hourly chart, it will be 24 * 64 = 1536 candlesticks, so building H1 on this level of resistance is likely to fail: you will unlikely look too far back to see if there was a reversal in the past at the second maximum. 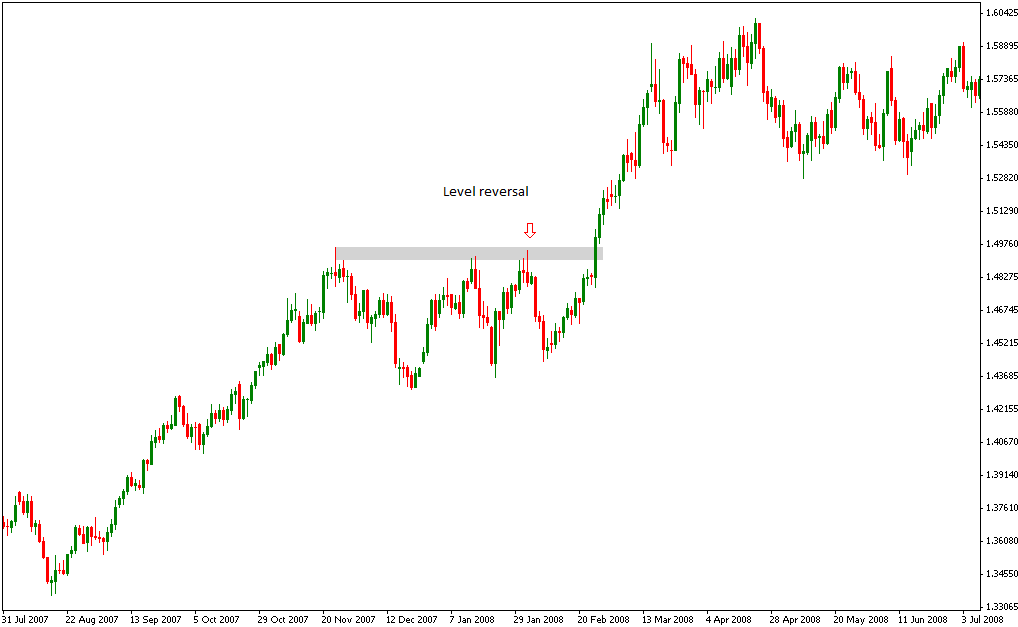 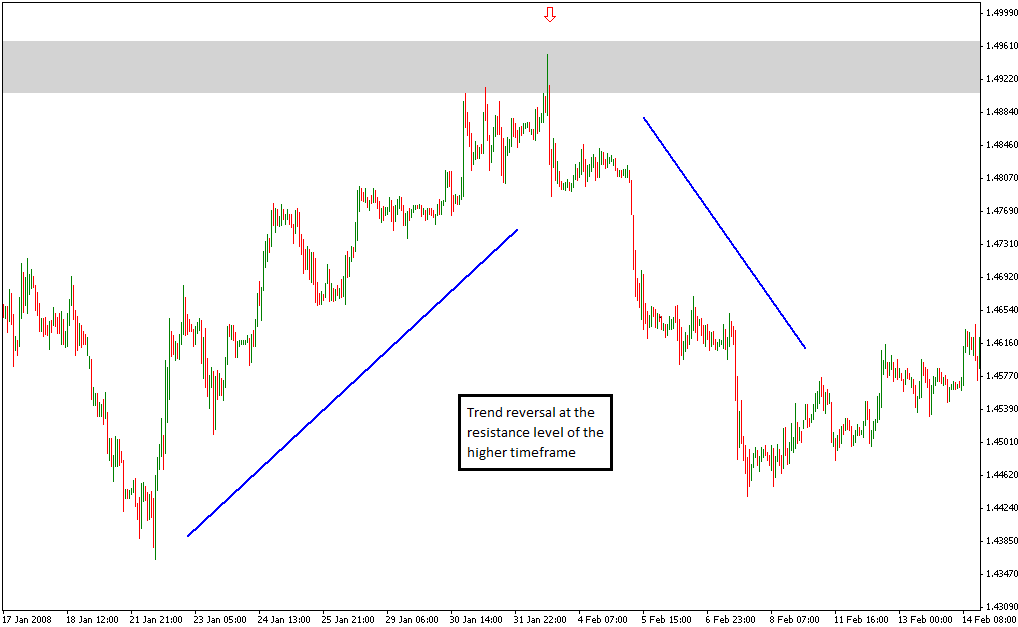 Two conclusions can be drawn from this:

3. Trade in accordance with the trend of higher period is more reasonable. For example, upon an uptrend the price movement up period is longer than upon a downtrend correction. Therefore, during the working timeframe an uptrend will last longer than a downtrend. Accordingly, you can earn more upon the rise of quotations than upon their fall. However, it is not necessary to give up from selling when there is an uptrend at a higher TF. A medium-sized correction at D1 is a good downtrend at H1.

Practical use of the analysis of several period

Here is a sample for exit from the market at the level of support for the higher timeframe H4. 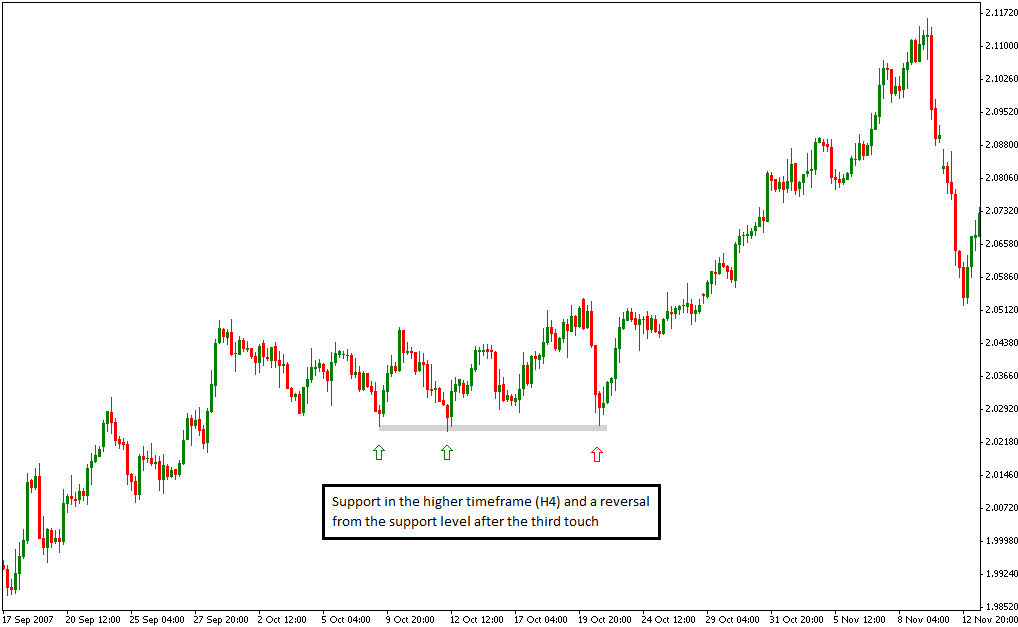 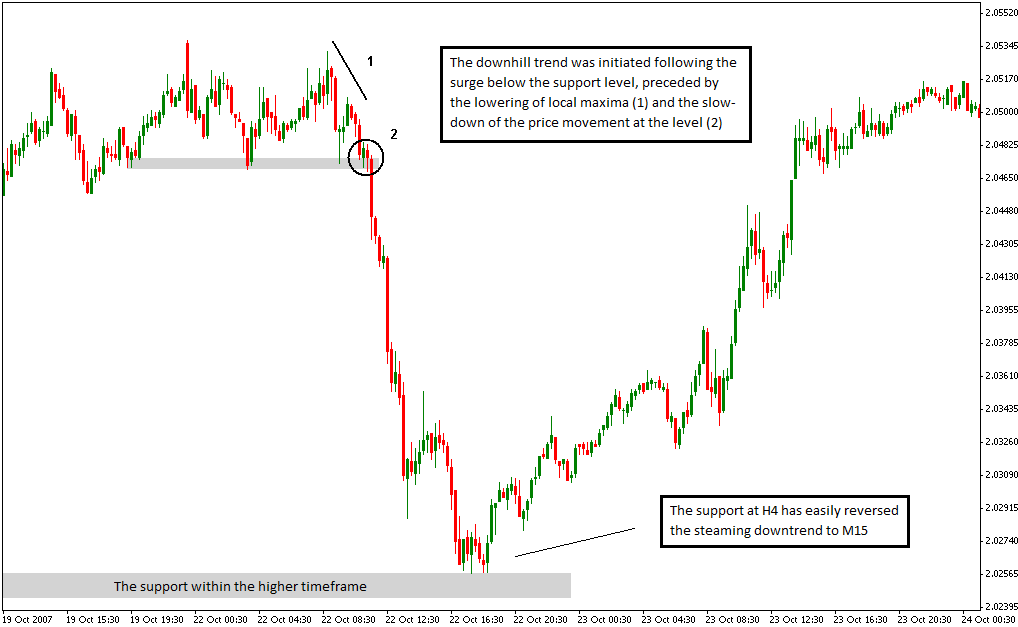 As you can see, in the working period M15 you could very successfully enter at a support breakout, and, by the way, it was foreshadowed by the signs of breakout which I described in the article about the breakout of levels.

The following example shows the entry to the long position at the support of the higher TF in a downtrend in the working period. 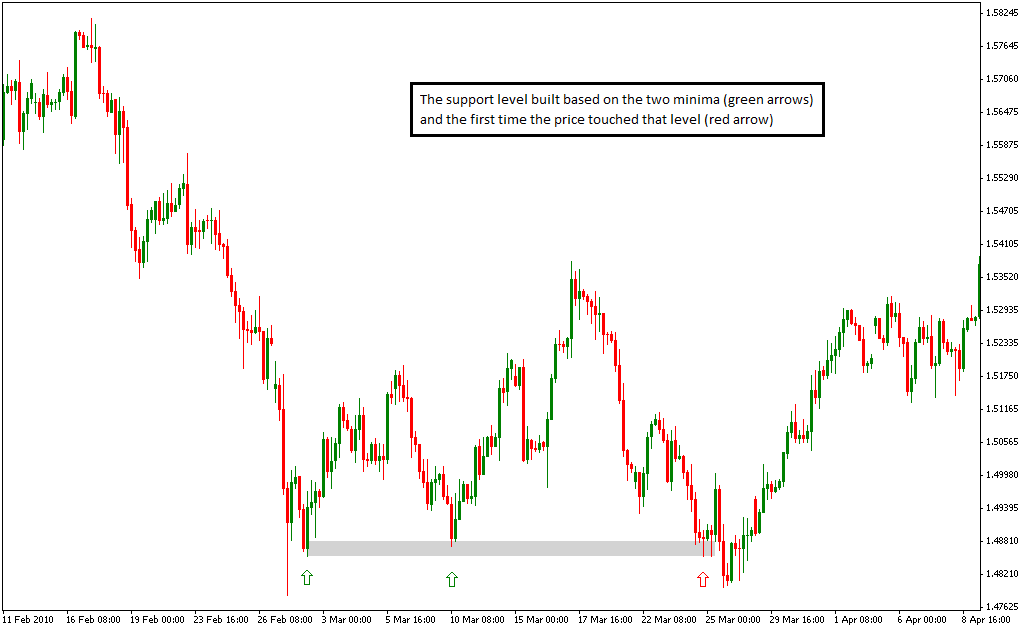 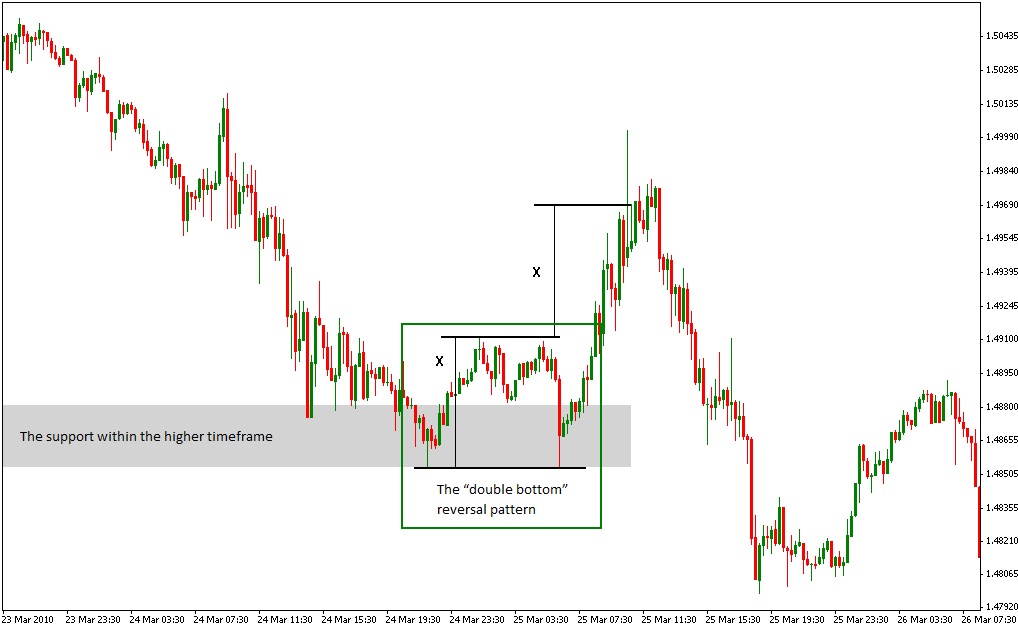 The point of this example is that we do not just enter at the level of the higher timeframe, and look for signs of a trend reversal in the working TF. Read more about this in an article I wrote on the levels and trends .

View all posts by 2